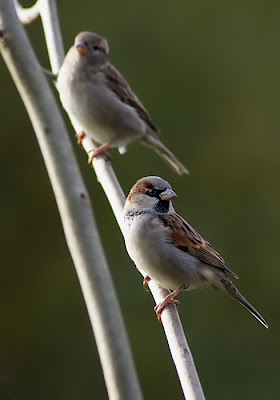 I have been looking through some old files on my computer, trying to organise my pics a little better, and I came across this file which for some reason I had not used. I think the image is good enough to show, so have decided to include it. I know it is a only a pic of House Sparrows, but according to the R.S.P.B.they are becoming much less common, Some research suggests that there has been as much as a 50 per cent decline since 1990. So we should enjoy them while we can!.
Posted by Alcester nature photography. at 16:36