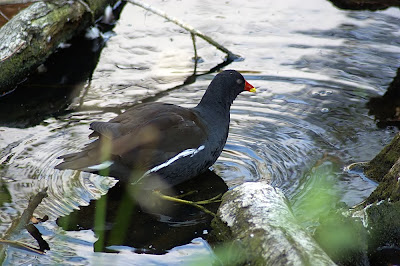 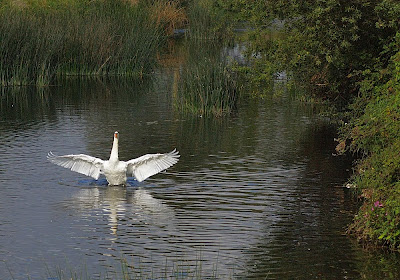 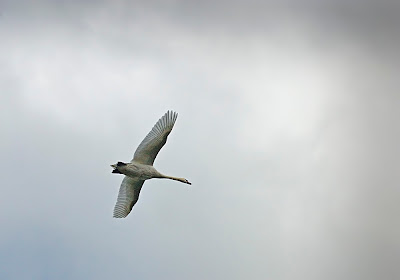 Had a day of work today, part of the credit crunch as we are all being rostered off two extra days a month, but at least I have still got a job which is more than a lot of people have, according to the news today.
Anyway I decided to try and make the most of it and went out with the camera to see what I could find. first stop was a look around the nature reserve, where I managed to spook a Heron ,but did manage to get a shot of one of the Moorhens.
Not much else happening so I thought I would take a look at the River Arrow on the other side of town towards Oversley Green. The River is wider this side of the town, because the River Alne converges with the River Arrow at Oversley. While walking the river I came across a pair of Swans and managed to capture the pic of one of them flapping its wings. Later on when I was on the way back towards town, I heard the unmistakable sound of a Swan in flight and just managed to get few shots as it went overhead, with the one posted probably the best of the bunch.

Posted by Alcester nature photography. at 13:47