What A Cracking Day! 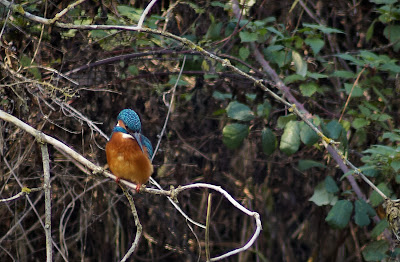 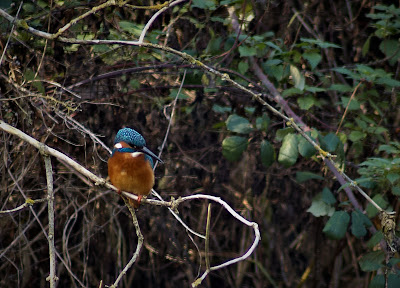 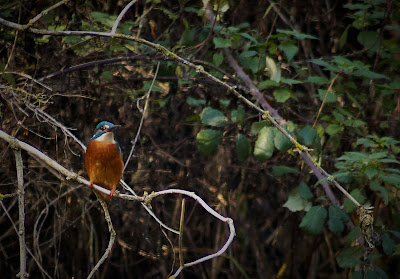 Went for a walk this morning along the River Arrow from Alcester towards Kings Coughton, it was a cracking morning, unbelievably warm for a November day. About a mile into the walk I spotted a flash of blue as a kingfisher flew from a branch. Thinking I might be lucky I set the camera up on a tripod and pre-focussed on the branch, I hid in the trees and hoped it would return. About half an hour later the Kingfisher did indeed return, I pressed the shutter release and absolutely nothing happened, the batteries had depleted, AAAgh!!!. I changed the batteries convinced I had blown my chance, but decided to wait a bit longer. I dont know how long I was waiting for when a Goldcrest appeared, feeding on the Lichen covered trees where I was hiding.I watched it for quite a while it seemed oblivious of me being there even though it was only inches away. Sometimes as it moved from branch to branch it almost hovered like a humming bird, of course my camera was down the bank on a tripod, with me thinking this is good I am not going to get a picture of anything. Then all of a sudden a flash of blue and the Kingfisher had returned and this time everything functioned as it should and I managed to get three or four shots,making my day!.

Posted by Alcester nature photography. at 12:20